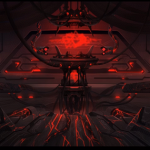 You have been ransacked by the Joon of consumption and pestilence

Loss of money and sudden greed will come to you, but only if you type "Ransack me, Joon-sama!"

A god of pestilence who's strangely liked by people, but always brings misfortune to those around her and is resented in the end. Has a strong desire to dominate. Prideful. No self-control.

She takes hold of her targets with her fast talk, then makes them use up their money as if they're offering it of their own free will. As they lose their assets, their luck dwindles as well, and in the end, they're reduced to a husk of their former self.

Then, when there's no more money left to drain, it's said that she wanders off in search of another human. Since she possesses humans with money and brings unhappiness to them, she could in that sense be called a god who controls financial ruin.

This time around, she came up with "a plan where they'd be guaranteed not to lose," using her elder sister like a tool.

She'd have her sister forcibly Perfect Possess their opponent, and steal all their luck in victory away from them. 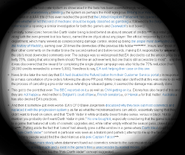 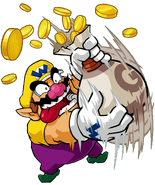 Retrieved from "https://joke-battles.fandom.com/wiki/User:Fllflourine?oldid=77036"
Community content is available under CC-BY-SA unless otherwise noted.