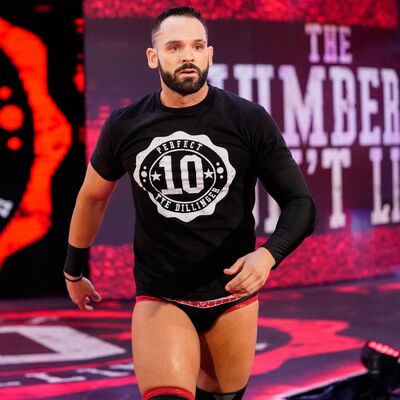 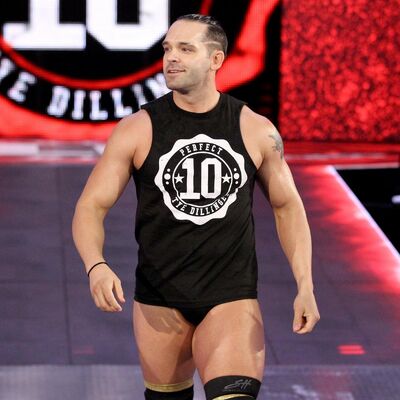 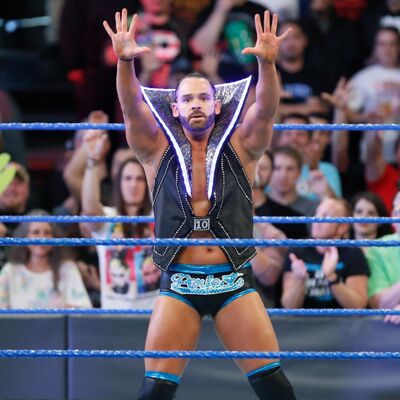 Going by the in-ring name Shawn Spears, formerly known as WWE's Tye Dillinger, Ronald William Arneill is a Canadian professional wrestler and a free agent. He trained at the Hart Wrestling School in Cambridge, Ontario with Smith Hart, Ike Shaw and Waldo Von Erich and then with Eric Young at the WrestlePlex school before receiving further training from Derek Wylde and Cody Deaner. Upon wrestling his debut match in March 2002 as Shawn Spears, he began wrestling for some of the biggest independent wrestling promotions throughout Ontario and the United States, including Border City Wrestling (BCW), World Xtreme Wrestling (WXW), and Blood Sweat and Ears. On February 27, 2005, Dillinger made an appearance on an edition of WWE Heat, unsuccessfully teaming with Mikael Yamaha to face The Hurricane and Rosey. After sending a tape to World Wrestling Entertainment (WWE) officials, Dillinger was called for a tryout match in New York. He was signed to a developmental contract by WWE following the tryout, on January 21, 2006. He made a cameo appearance at Cyber Sunday as an employee named "Stan", who got nailed by Shawn Michaels of D-Generation X's "Sweat Chin Music", essentially a Superkick, when Michaels was accused of not understanding the meaning of "controversial".

Tye Dillinger's proper WWE debut as a wrestler was in 2006 in the company's developmental scene at the time, Ohio Valley Wrestling (OVW), defeating Simon Dean. He went on to become fairly successful there, winning multiple singles and tag team championships, all the while racking up a short winning streak. From 2008 to 2009, Dillinger split his wrestling time between Florida Championship Wrestling (FCW) and Extreme Championship Wrestling (ECW), where he had his, at the time, final match under his WWE contract.

Prior to joining the independent circuit and being released from WWE, Dillinger suffered a broken hand, keeping him from wrestling for numerous weeks. He later on competed in matches under companies such as Ring of Honor.

Around late 2013, Dillinger made his return to WWE, this time working under the NXT brand where he started up as a minor competitor, taking part in a tag team with Jason Jordan, and debuting his currently-used "Perfect 10" gimmick. Dillinger proceeded to feud with the likes of SAnitY (Alexander Wolfe, Killian Dain, Nikki Cross and Eric Young; their leader), Bobby Roode and Andrade "Cien" Almas, though he ended up falling short in all of his matches at NXT: Takeover events; essentially NXT's equivalent of a Pay-Per-View event. Prior to making his April 2017 Smackdown LIVE debut against the main jobber of the company, Curt Hawkins, which ended in a quick victory for Dillinger, he managed to defeat his rival Eric Young in a Steel Cage match on an episode of NXT.

As previously mentioned, Dillinger last worked over on the Smackdown brand, defeating Aiden English in his first feud, facing the likes of the WWE Champion at the time, Jinder Mahal; United States Champion, AJ Styles; Baron Corbin, briefly Randy Orton, and multiple others in live events and dark matches, in which most of his appearances were made.

Recently, Dillinger finally asked for his release from his WWE contract, which the company granted. This lead to him returning to his ring name of Shawn Spears.

Powers and Abilities: Superhuman Physical Characteristics, Alien Physiology (According to R-Truth, Tye Dillinger is an alien), Perfection (Is the "Perfect 10"... it's pretty clear-cut. He literally scales none of the abilities involved with it), One Hit Kill (Via the Tye Breaker or the Perfect 10 - his finishers)

Attack Potency: Low Complex Multiverse level (Would be able to actually wrestle Stardust, who comes from the 5th Dimension. Faced Randy Orton, who was capable of nailing Thanos with an RKO, on a few occasions even though in the latter's possession was the Infinity Gauntlet. Went face-to-face with Bobby Roode, who wrestled Randy Orton multiple times, on numerous occasions. Exchanged victories with Baron Corbin and nearly defeated AJ Styles, the latter of whom defeated Orton)

Note: Obviously, this profile is in no way an accurate scaling of Tye Dillinger, or any WWE wrestler for that matter. To fit better into the tiering system, Dillinger scales to Randy Orton (Mega-Composite), whose tiering is based entirely on his RKO memes... yep.

Retrieved from "https://joke-battles.fandom.com/wiki/Tye_Dillinger?oldid=344087"
Community content is available under CC-BY-SA unless otherwise noted.