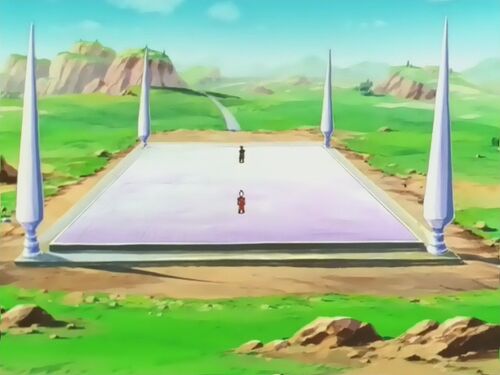 The Cell Games is an arena originating from Dragon Ball Z. The arena is ran by Perfect Cell. After he gained perfection, He ran a tournament named after himself. If he wins, he will yeet the entire Solar System.

Time Of Day: Morning and Afternoon

This Arena May Benefit: Cell, and any character who accepted the invite to participate

This Arena May Impair: Anyone who's been eliminated

Items: The Pillars, Mountains, and Rocks

Starting Theme Of The Battlefield:

Retrieved from "https://joke-battles.fandom.com/wiki/The_Cell_Games?oldid=374547"
Community content is available under CC-BY-SA unless otherwise noted.