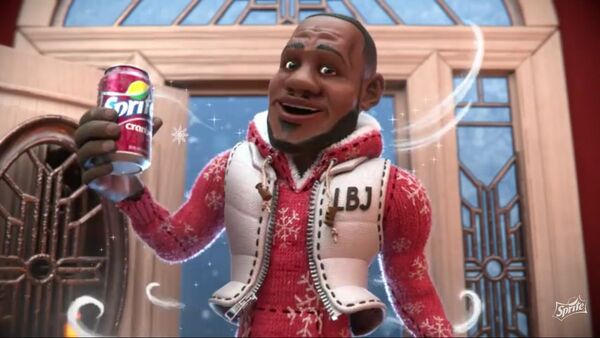 Tier: Yeah fuck that Tier shit. This aint a profile this is just a rant. What the fuck is Sprite Cranberry? No seriously. WHAT THE FUCK IS THIS? There is no way an actual human being could even conceptualize this, let alone not become immensely disgusted with themselves for even thinking such an idea and instead deciding this was good enough to tell other people about it. And then for these other people to fucking agree as well? Who the fuck wants to drink a cranberry? I don't even want to eat a cranberry. Every Thanksgiving it is so fucking awkward for me to have to politely decline the jellied cranberry, only for judgemental ass people to give me weird glares. Or when they ask "why don't you want some?" Why don't I want some? BECAUSE IT'S FUCKING AWFUL. You couldn't have a more putrid, revolting, vomit inducing food if you tried. But hey even if I hypothetically just loved that shit, this new "soda" is still problematic. You know why? CAUSE IT'S FUCKING SPRITE. Do you know what the fuck Sprite is? IT'S LEMON LIME SODA. Why the fuck would I want a lemon lime soda to taste like fucking cranberry? You mean to tell me that all you people nonstop whined about pInEaPpLe oN PiZzA, yet you're just gonna let this shit slide? NO. Also it's so sad because the commercial they used to advertise this godforsaken beverage actually had some really talented people work on it. And no I don't mean Lebron James. I mean the animators and the singer. All Lebron James contributed to was awkwardly fucking up the flow of the song. I mean if I wanted to watch an NBA alltime great who can't act for shit shill a product, I'd watch Space Jam. Oh wait Lebron's gonna be in the sequel. Well that's just great! C'mon, Lebron, it's game time. Slip on your Hanes, lace up your Nikes, take your Wheaties and your Gatorade, and we'll grab a SPRITE FUCKING CRANBERRY on the way to the ballpark. The part that pisses me off the most is that smug fucking wink Lebron Claymes gives the audience before tossing the cursed can. You can just tell that he's thinking "Yeah this shit is fucking undrinkable but you dumbasses will buy it anyway cause I can throw a ball in a hoop really good. I just got paid more than the GDP of small countries for pretending this doesn't make me wanna vomit!" This is what Jesus died for. If only he could've seen that his "children" would go on to create Sprite Cranberry. Instead of getting on that cross he would've hit the dab like Wiz Khalifa. Oh didn't like that Tik Tok reference? Well let me tell you that Tik Tok memes are not any more cancerous than fucking "WANNA SPRITE CRANBERRY" memes. You guys know you're just encouraging this shit right? You fucking le epic memelords are deincentivizing quality from corporations by giving them countless promotion and sales for lulzworthy garbage. You know what those greedy, borgeouise, morally bankrupt suits over at Coca-Cola headquarters are thinking? They're not thinking "Hey let's make sodas that don't taste like an oppossum's rancid dick cheese and are actually enjoyable to drink." They're thinking "Let's come up with another comically absurd flavor and dumb catchphrase so people will make MEMES about our drinks!" They've probably got a fucking Flex Seal Sprite in the works as we speak. Sprite Cranberry? Is that really what this shit has gone down to? Sprite Fucking Cranberry? I remember when this country had honor. Oh wait no I don't I'm a fucking Gen Z tidepod eating asshole who hasn't been alive long enough or exposed enough to the real world to make any meaningful insight about life. Except for one thing and you know what that is? Don't fucking drink Sprite Cranberry. That's it. Thanks for coming to my TedX talk and remember. Fuck Sprite Cranberry and fuck you all.

Retrieved from "https://joke-battles.fandom.com/wiki/Sprite_Cranberry?oldid=329482"
Community content is available under CC-BY-SA unless otherwise noted.