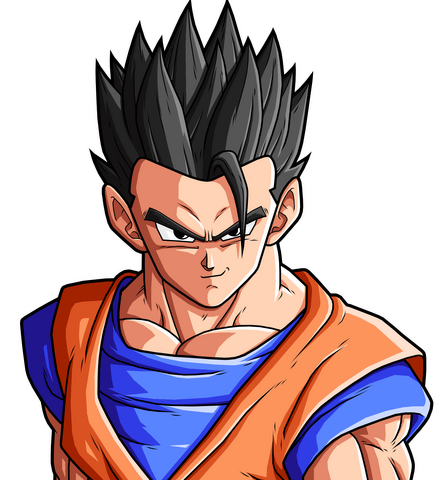 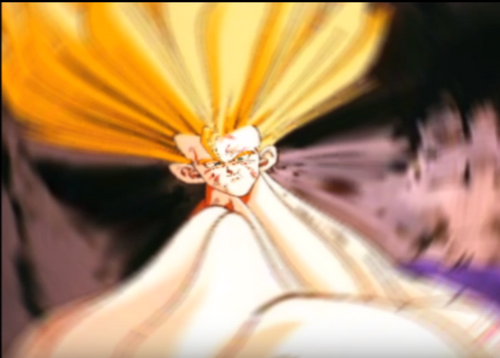 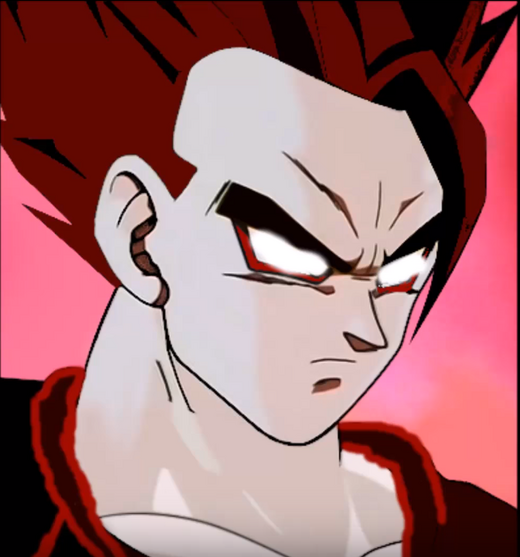 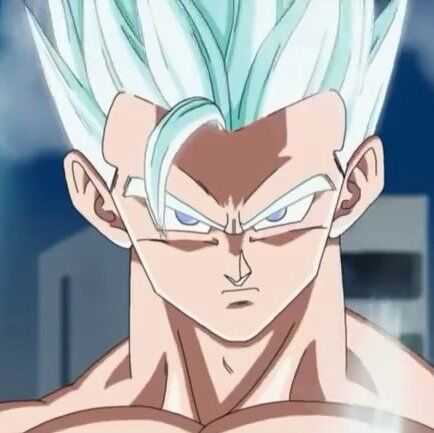 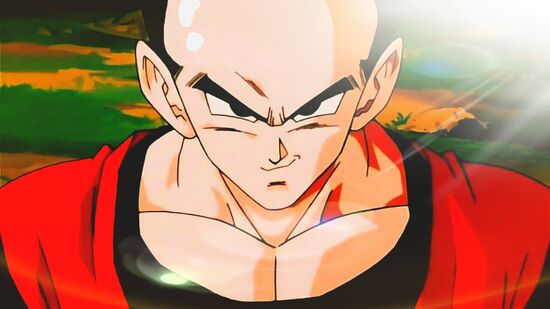 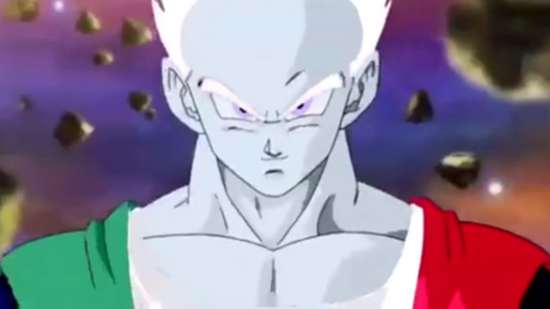 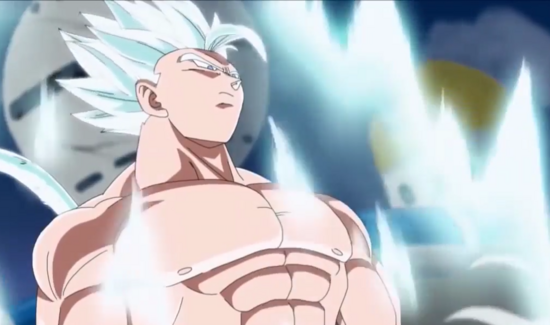 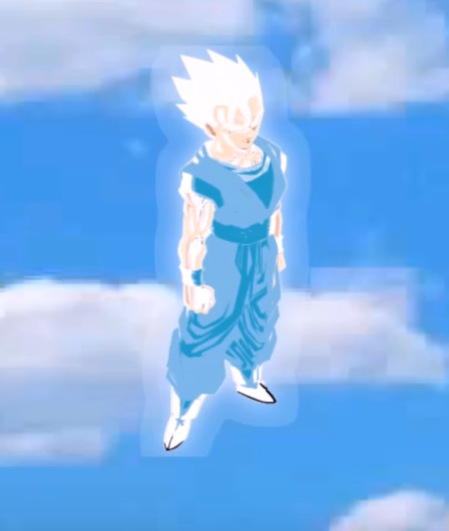 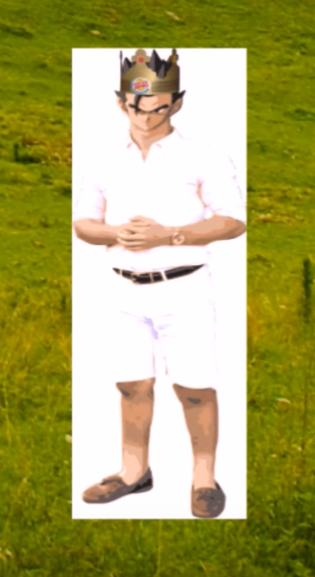 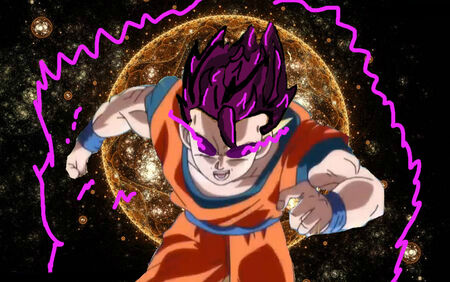 Gohan is the supposed son of Goku and Chi Chi and one of the most popular characters in the Dragon Ball Franchise. This is however proven to be false. In reality Gohan is the son of El Grande Padre who saw in him great power (far too great) and feared he would be overthrown as the ruler of the Universe and he sought to kill him.

Gohan escaped and sought revenge against El Grande Padre for the suffering he caused his friends and family and together with Shaggy and Cell Dorado defeated him and Gohan became the ruler of the Universe giving everyone free Scooby Snacks.

Powers and Abilities: Master Martial Artist, Superhuman Physical Characteristics, Ki Manipulation (Can be used defensively and offensively, to strengthen his skin or to fire ki blasts, which can home in on targets, and form defensive barriers), Ki Sensing (Can locate others by reading their ki, and even use it as a radar, bouncing it off of objects to locate them), Enhanced Senses (Saiyans have exceptional senses, allowing Gohan to locate small, distant objects by tracking their smell, see clearly over long distances, and track the movements of others even in pitch black conditions by feeling vibrations in the air), Breaking the Fourth Wall (He spoke to the audience on two occasions), Acrobatics, Pressure Point Strikes, Flight, Accelerated Development (Training; Physical Stats, Abilities), Reactive Power Level (As a Saiyan, Gohan grows stronger every time he fights and can become stronger in the midst of combat, vastly increasing in strength whenever he is mortally injured), Rage Power (Gohan's true potential shows through whenever he grows enraged, granting him brief bursts of immense strength), Shockwaves Generation, Afterimage Creation, Transformation (Increasing his capabilities drastically), Resistance to Cold, Radiations, Poison, Empathic Manipulation, Existence Manipulation, Biological Manipulation, Quantum Manipulation, Matter Manipulation, Physics Manipulation, Law Manipulation (Cell Dorado respects no one but Gohan Blanco. it implies that Gohan can resist to Cell's abilities) and Plot Manipulation, Immortality Negation (Type 3 [Even as Chadhan Mystico, he could completely kill Yukari Yakumo], Type 5 [As Blanco Form, he could kill El Grande Padre] and Type 8), Portal Creation (Any character equal to or stronger than Buu Saga top tiers can perform the Vice Shout with sheer power), Complete domain over the Sky, Light Manipulation, Space and Time Manipulation (Shaggy, with an inferior Super Saiyan form, has the power of Space and Time, which can affect El Hermano and El Primo), Acausality (Type 1)

Attack Potency: At least Low Multiverse level (One-shotted Superman in the Episode 2. It was stated that his energy was the one who was secretly powering Ultra Instinct Goku, being placed higher than him on the official tier list. And the official tier list places him on the same level as Beerus and was stated by Whis to be superior to himself), likely Multiverse level+ (Should be comparable to Shaggy, who was also able to one-shot Trainer Red, who can capture Arceus, with his Zoinks Cannon), likely Outerverse Level (He killed Yukari Yakumo) | High Outerverse Level (Fought on par with a suppressed El Grande Padre who had faked his own death, and whose power was stated to be Infinity + 2.) | High Outerverse Level (Became far stronger than before and stated that his power level was infinity divided by infinity. Comparable to El Jirenmano whose power level is infinity divided by zero. Is far superior to Spongebob Super Saiyan Purpura, who easily tanked an attack from Blanco, and stated that Superman stood zero chance against him) | At least Memetic (As a completed Blanco form, he becomes acquainted with his memetic nature and shouldn't be too far from his 100 por ciento form. Comparable to the average meme) | High Memetic+ (Fused with every meme in existence, and was stated to have a power level of infinity divided by infinity times infinity divided by zero, squared) | High Memetic+ (Should easily be comparable to Sansbobmina Ultimate, whose power was stated to be comparable to Michael Jordan fused with Hank Hill, with the former capable of existing on the same realm of existence as Chuck Norris and Bruce Lee) | At least High Memetic+ (El Grande Abuelo stated that the only way Gohan and Shaggy could defeat El Tio was with Super Saiyan 1,000,111,138, implying that this form is stronger than Shaghan Verde. As a much more advanced form of Super Saiyan, Gohan's Super Saiyan1,000,111,138 should be considerably stronger than his Super Saiyan 22 and Super Saiyan 39 forms. Can increase his power even more with Burger King Gohan, his most powerful transformation) | At least High Memetic+ (Upon being powered with the friends he made along the way, he was able to fight evenly with Perfección and finish him with a kamehameha.)

Stamina: Extremely High in base. Infinite in Blanco, Calvo and Verde forms.

Range: At least Multiversal in base. At least Complex Multiversal in Blanco and Calvo forms (His power was stated to reach all dimensions which should include Xenoverse's Crack of Time and Heroes' Real World), High Memetic+ after fusing with all memes (could reach out to every meme in existence)

Intelligence: High normally. Omniscience as the Ruler of the Universe. High Memetic+ as Post Memetic Fusion (Gained all the knowledge of every meme, several of them who are above Omniscience)

iDubbbzTV (Joke Police Saga) iDubbbz's Profile (Both were at Memetic. iDubbbz had his equipment and "Profile Compensation" Ability, whilst Gohan was in his "Completed Gohan Blanco" form)

Retrieved from "https://joke-battles.fandom.com/wiki/Gohan_Blanco?oldid=397782"
Community content is available under CC-BY-SA unless otherwise noted.